Just one year after striking out on his own, a Sunshine Coast agent has lauded his decision to leave a major network pre-pandemic.

Clinton Eastell, the founder of Eastell and Co., launched his own business on 1 March 2020, just prior to the COVID-19 pandemic’s onset in Australia.

According to Mr Eastell, he was motivated to make the move away from his previous employee, McGrath, when it wasn’t helping him any longer.

“In the end, about 90 per cent of my business was self-generated,” he said.

“I loved being with the company, but I wanted to leave because no one rang my phone just because I have McGrath on my business card. They rang because they knew me.”

But going it alone wasn’t all smooth-sailing, with Mr Eastell saying: “I remember we were six weeks away from launching the business and, for a variety of reasons, money was really tight. We were heading to a party and the host asked us to bring some drinks and ice which ended up being $50. Ash (Mr Eastell’s girlfriend at the time) and I checked our bank account and it only had $55 in it… and my next pay wasn’t coming through for another five days.”

Setting up his own agency has since paid off, with Mr Eastell’s sales having grown alongside his business.

For the first six months, the agent’s average sale price was a respectable $640,000.

On the topic of his recent achievements, Mr Eastell commented: “I just find it amazing how much your life can change in 12 months.

“The money has only complemented the fact that starting our own business has changed our lives. With Ash (now fiancée) and myself, we’ve grown financially, we’ve grown as human beings and I’ve grown and learnt more about this industry in the last 12 months than any time in my career.”

Over this time, he also noted he had “exponentially” grown both his client base and his knowledge.

“This is because I can now do things my way. I don’t have anyone telling me how to market clients’ properties. Also, when you work for someone else, there’s less motivation and opportunity to be creative and try different things,” he commented.

The director is also quick to laud his alignment with UrbanX as integral to the brand.

“At first, UrbanX was a platform to help us get the business up and running, but the longer we’ve been with them, the more obvious it is how critical they’ve been to our success this year,” he said.

“Dan’s [Argent, UrbanX CEO] guidance through COVID — given his experience during the GFC — was pivotal,” Mr Eastell considered.

“We probably wouldn’t have come out the other end of COVID as well as we did if it wasn’t for his advice and his support.

“We can just focus on working with our clients — listing and selling.”

He flagged that working for himself has even allowed him the opportunity to bring Ash Ebneter into his business full-time, which he called both difficult, but also the most rewarding part of the whole experience.

“To achieve this as an agent is fantastic, but your partner only really sees the numbers,” he explained.

“Now with Ash in the business, it has made it more enjoyable as we are doing this together. It has also made my job a lot easier because she runs the brand, sponsorships and community involvement which we both get to enjoy together.”

As well as achieving a number of personal milestones with his fiancée, Mr Eastell said his mammoth first year has meant he has also been able to recruit a further three agents for the Eastell and Co. brand. 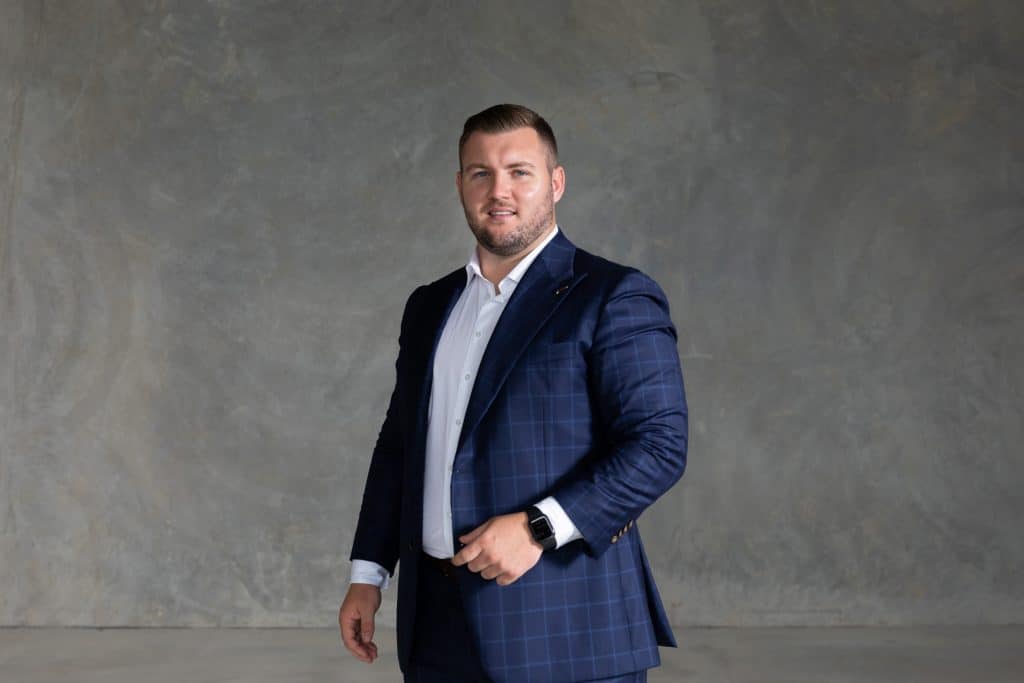